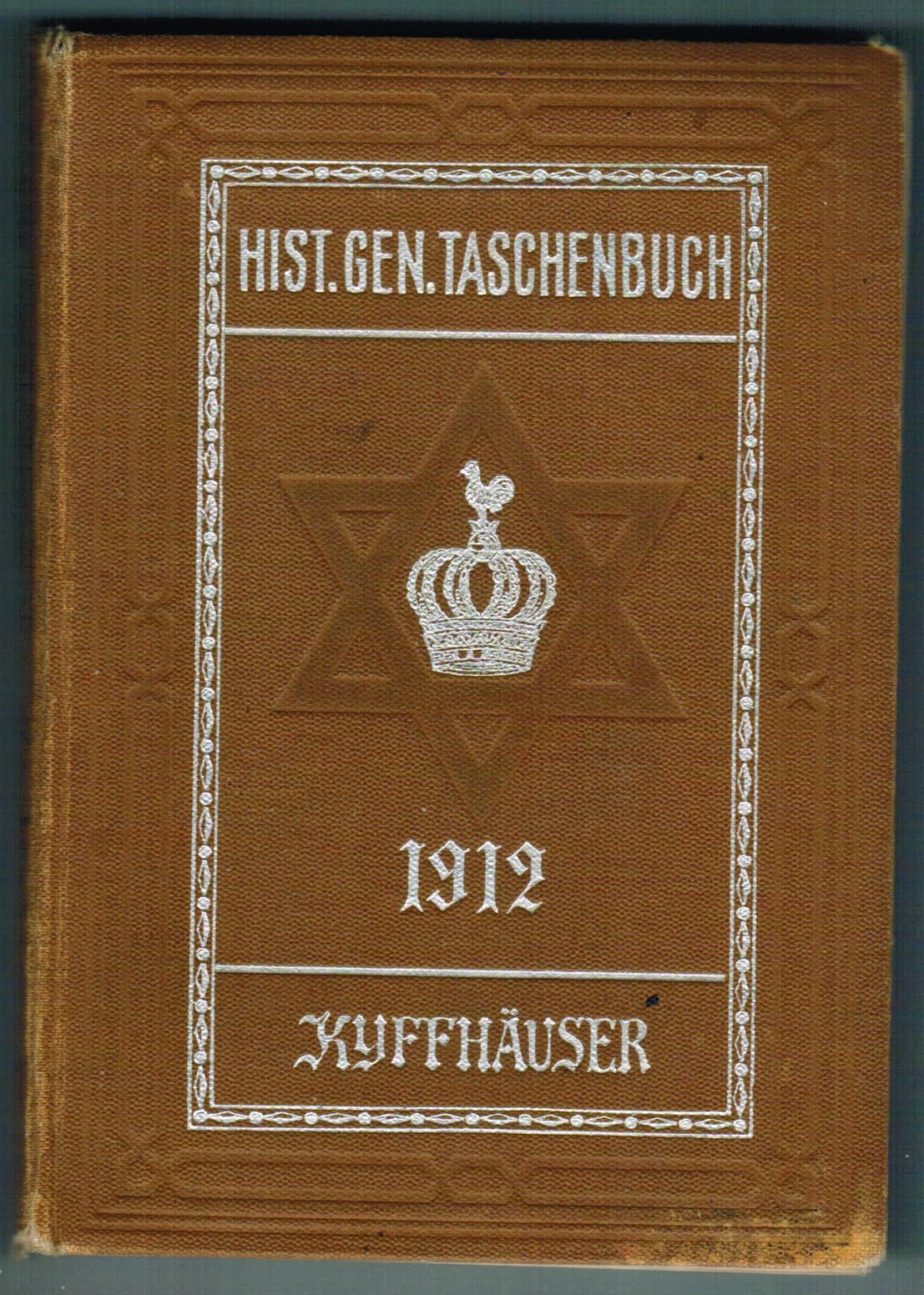 Two related publications, the Semi-Gotha, or Historisch-genealoges-Taschenbuch des gesamted Adels jehuidäischen Ursprunges of 1912 and 1913, and the Semigothaisches Genealogisches Taschenbuch aristokratisch-jüdischer heiraten of 1914, attempted a comprehensive survey of those families of Jewish ancestry who were members of the titled European nobility (and a handful of non-European royalty or nobility).

These were published at a time when the prestige and influence of European Jewry was at its highest and represented pride in their achievements since Jewish emancipation. Unhappily, these rare publications were later to be used by the nazis to identify families and individuals for extermination and many copies of these publications were destroyed both by nazi fanatics and by those Jewish families who had once been proud to have been included.

Birth dates were indicated with the hexagonal Star of David, while a Jewish tomb stone symbol indicated who died in the Jewish faith, and a Cross those who died in the Christian faith. Marriage dates were indicated with two bold rings interlocking if husband and wife both had Jewish blood, while a bold ring with an outline ring indicated whether only one of the partners was of Jewish ancestry. Two opposite pointing horizontal arrows indicated divorce, reflecting a Biblical passage “if thou take the right hand, then I will go to the left”. The genealogical section of the Semi-Gotha was preceded by a page with the swastika symbol - which meant something very different in 1913-14 and whose terrible implications were as yet unimaginable. The frontispiece illustration of the 1913 edition was a portrait of Benjamin Disraeli, 1st (and last) Earl of Beaconsfield.
The families named are sometimes included with titles whose origins are unknown, and in some cases were assumed. It also included families whose Jewish origins were at best uncertain and often mythical (Macdonald, for example). The Semi-Gotha generally gives anyone claiming a title the benefit of the doubt. This list when completed will include all those families listed in these publications (this author has made some comments in a few cases where the alleged Jewish ancestry of someone has been doubted by reputable scholars):
© Guy Stair Sainty  This list does not follow exactly the format of the original work but, with the exception of the first named family, places them alphabetically by family name.

Ethiopia, Emperor of - Menelik II, King of Kings, born 1844 (all of whose family, including wives and husband of Princes and Princesses were included as being of Jewish ancestry).

Aguilar, Catholic converts in 1720, created Barons and recognized as such by the Emperor 1726.

Aldobrandini, Princes - in the male line a branch of the Borghese family, considered of ancient Jewish origin.

Arnim, Herren von, converts (and in Disraeli’s novel, Coningsby, a Countess von Arnim is one of the characters).

Avigdor, (of the line of Aaron), - Count Salomon Henri d’Avigdor (supposedly) created a Prince by Napoleon III, although as the S-G admits, this title was not listed officially in France.

Bagration, Princes (of the line of Jehuda) - the S-G includes the entire family but only lists a few members, including Prince Constantine who married Princess Tatiana of Russia.

Benyovsky, Lithuanian Counts, One served as a distinguished General in the 1780s.

Bernadotte, Kings of Sweden - it is argued by the S-G that the Bernadotte family were originally Jewish, but they are listed as such only in a footnote.

Bombelles, Count & Marquis de, Baron de la Motte, Catholic since the 15th century; named among others Marc Marie Marquis de Bombelles, b. 1744 father of Charles-Rene, Comte de Bombelles b. 1785, Master of the Household and later husband of Marie-Louise, duchess of Parma,   and Henri François, Comte de B, b. 1789.

Borgia, Spanish and Italian lines of the family descended from Pope Alexander VI, originally Rodrigo Langolo. CreatedDukes of Gandia. No names given of current members although both survive.

Cancrin, Nobles (Austria 1786) and Count (Russia), converts in the mid-18th century, settled in Russia and Germany. Georg, 1st Count Cancrin(1774-1845), General in the Russian Army 1812 and Finance Minister in 1823. The German branch was only Noble and several were living at the time of publication.

Cassis-Faraone, Counts (Austria 1783) converts since the late 18th century; married into Attems and Mels-Colloredo families; a branch settled in Italy.

Castrioti, (of the same family as the famous George Castrioti Scanderbeg, ruler of Albania), lines in Serbia, Albania, Naples and Venice.

Crouy, and Croy-Chanel, (not connected with Croy family) (formerly Gerothwohl), Converts to Catholicism since 1800, Nobles, not connected to the French and Hungarian families of Counts of Crouy-Chanel.
Disraeli, Earl of Beaconsfield, Benjamin (1804-1881), His grandfather Benjamin Disraeli (1730-1816) settled in England in 1748, father of Isaak (1766-1848), converted to Anglicanism 1817. Benjamin, 1st Earl of Beaconsfield (1876), was sometime Prime Minister of the United Kingdom.

Frangipani, Counts, Dukes of Mirabello (of the line of Ruben), existing members not named.

Goschen, Viscount (UK 1900), (converts) junior line knighted, England and Germany; George Goschen (1831-1907) raised to the Peerage as Viscount Goschen after being 1st Lord of the Admiralty, Ambassador in Constantinople, and Chancellor of the Exchequer.

Gradelli, branch of Frangipani (of the line of Ruben), No titles given.

Handhierh, Prince - a mention of a Prince Handhierh, with a ?

Hebrail, styled Marquis, from the Languedoc.

Kaiserling, styled Counts, naming Moser Kaiserling who claimed to be a branch of the Keyserlingk family.

Königswarter, Baron (Saxe-Coburg-Gotha 1858), Count (Papal) and in France the adoption of the particule.

Lusignan, Princes de (*in fact an entirely bogus claimant to this title, the pseudo Prince Michael David, although the editors of the S-G did not seem to know this, nor the Czar who seems to have accorded some recognition to the title - their Jewish origin supposed only by virtue of their alleged Armenian descent in the female line, but this was also spurious).

Macdonald, Duke of Taranto, (according to the S-G the Macdonald family were originally of Jewish origin). Included mention also of the Scottish Macdonalds.

Malcolm, (of the line of Aaron), a gentleman who called himself Imperial Highness and Prince.

Massena, Prince of Essling, Duke of Rivoli (of the line of Karaiiten), Victor Massena, 4th Prince of Essling, Duke of Rivoli, married 1882 Paula, widow of the Duke of Elchingen, herself of Jewish birth (Heine-Furtado). Of their two daughters, Anne married the Marquis d’Albufera, heir to the Duke of Albufera (Suchet), and Victoire married the Marquis de Montesquiou.

Matteis (of the line of Ruben), no title given but listed in Rome and Naples.

Pierleoni (of the line of Ruben or Jehuda), prominent Roman Jewish noble family, extinct in 1582.

Soult, Dukes of Dalmatia, descended from Marshal Soult, claimed to be of Jewish descent.

Torlonia, converts at the end of the 18th century, ennobled 1794, Patricians 1809, Princes 1814, Dukes 1847. Divided into two lines of Dukes Torlonia and Princes of Civitelli Cesi The junior line became extinct in the male line and was substituted with Borghese, also of Jewish descent (q.v.), acquiring the titles of Prince Torlonia, Prince of Fucino, Canino and Musignano (these last inherited on the extinction of the male line of Bonaparte di Canino)  The title of Prince of Civitelli Cesi, however, reverted to the senior line, being attached to a male majorat.

Posted by Blurtlove at 22:35 No comments: 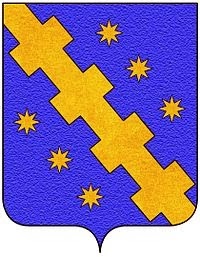 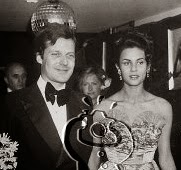 In 1974, David de Rothschild married the Italian Princess Olimpia Anna Aldobrandini-Borghese(b. 1955) Aldobrandini – Borghese – Torlonia – Rothschild – Porges - Bonaparte ....
Original 1922 Almanach de Gotha (edited by Justice Perthes) entry for the Borghese family (of which the Aldobrandini are a branch - see bottom of p288) , link to the original universally-recognised genealogical reference document, with details of family honours.
Posted by Blurtlove at 07:06 No comments: 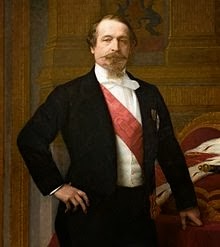 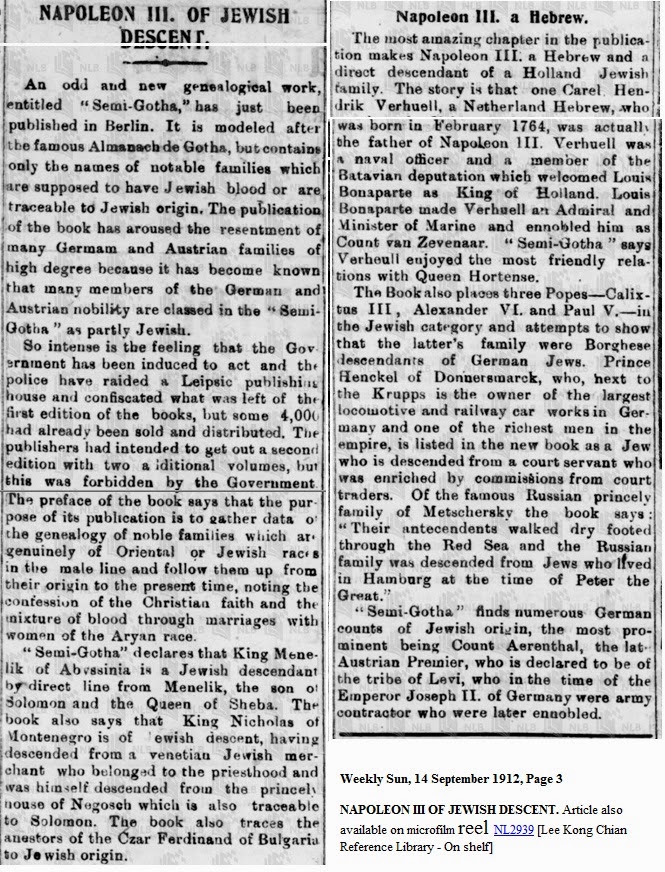 Louis-Napoléon Bonaparte (20 April 1808 – 9 January 1873) was the first President of the French Republic and, as Napoleon III, the ruler of the Second French Empire. He was the nephew and heir of Napoleon I. He was the first President of France to be elected by a direct popular vote. However, in 1852, when he was blocked by the Constitution and Parliament from running for a second term, he organized a coup d'état in 1851, and then took the throne as Napoleon III on 2 December 1852, the forty-eighth anniversary of Napoleon I's coronation.

Posted by Blurtlove at 16:34 No comments: